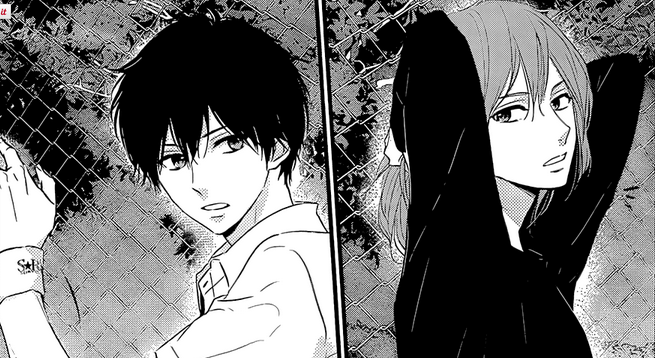 Due to issues with the groups scanning this manga, we haven’t had releases for this on a regular basis. We only have up to chapter 14 translated but nevertheless, I’m going to write some impressions. It’s really unfortunate that there are no more chapters out due the last few pages in chapter 14 where we were shown the most adorable doki doki moment so far into this story. Following up on Brandi’s gasms over the previous chapters, I decided to read this one up because she found it cute and there is not enough cute in this world. I love the story so far overall as the characters are really charming and leave me asking for more. These past few chapters have been  building up to this love triangle with the male lead and MC’s childhood friend (we’ve seen this before) so we all know what’s going to happen. Usually the presence of a rival always makes the male lead realize his feelings and act upon them. And BOY DID HE ACT UPON THEM.

Of course we have a few mandatory shoujo scenes that have to be included in every manga. It’s a rule, ok? 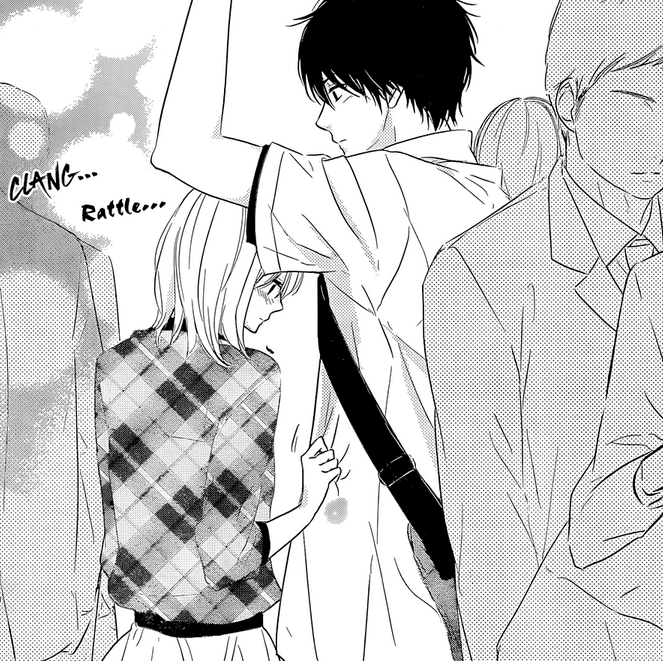 It’s not a real shoujo if it doesn’t have those. Mandatory bishies (playing some sort of sport). This can just include the male lead but it can also include his friends. Although in this case, it was mainly the male lead. We can never forget the mandatory “stuck in the train together” scene where the male lead always protects her from the oncoming traffic of people coming in. Never underestimate this scene! It’s very important in showing us how close the leads have become o-okay?  Although these scenes are typical as they come, I didn’t mind them as much while reading. I blame the art 100%. When something is so pretty that it makes you forget that you’ve seen this before–that’s pretty magical. 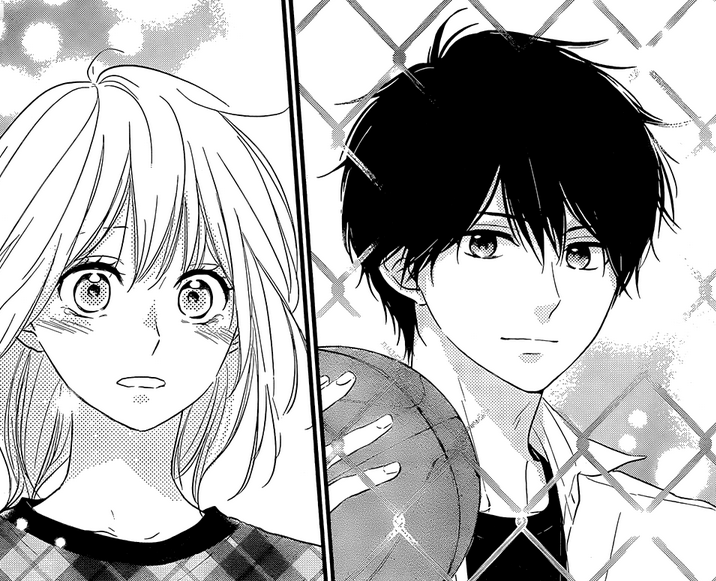 In conclusion, I’m loving the build up to this love triangle and I’m excited to see this relationship develop. I’m cheering for the black hair male lead (I wonder who Candy is cheering for–probably the one that is going to lose. She always chooses wrong <3). I wonder how they’re going to develop the love triangle– will they be dragging it out, will there be a confession? Hopefully the scan groups will continue providing us with excellent quality translations. Until then, how about that hug though? *kyaaa* (Will not show pictures to not spoil but um, you can use your imagination OR READ THIS MANGA).

Lover of books, manga and film.